What Year is My Club Car Golf Cart?

Since 1981 Club Car Golf Carts have positioned their serial numbers just under the glove box on the passenger's side of the vehicle. The first two numbers (not letters) indicate the last two digits of the year of manufacture.

On Club Car Golf Carts prior to 1981, you can find the serial number by raising the seat and locating the aluminum, I-beam frame section closest to the batteries on the driver's side of the car. If the serial number plate has been removed, you can confirm it is a 1975-1980 model if it has two brake pedals and one accelerator pedal. 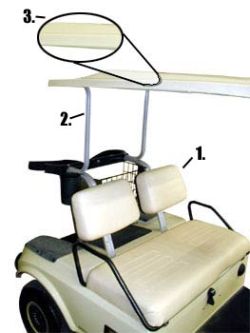 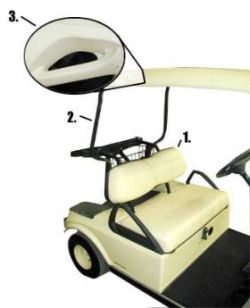 *Please note that both of the golf carts shown here were made in 2000. If your golf cart was made in the year 2000 then you must let us know which style of the back seat that you have. This is needed to ensure that you will receive the proper parts for your Club Car.